Home / Deep Thoughts / What is To Life

What is To Life

What is To Life March 3, 2016 Chris Onjian
Deep Thoughts
Life

When I was younger I thought of life as a racetrack that had straightaways and curves. You enjoyed the straightaways as much as you could because you never know when you’d hit a curve. But curves were temporary and once you were past them you were on another straightaway.

Basically the physical representation of “This too shall pass…”.. or something of that nature.

So I’d cruse through life enjoying those free and clear straightaways.. just doing my thing.. and then when something bad happened life would slow down and suck for a bit.. but eventually things would resolve (one way or another) and fun times could continue again.

I’ve realized that as I have gotten older things have changed. Maybe the above was true when life was simple.. now.. not so much. With so many parallel responsibilities and overlapping life events the idea of having “Free and clear” time is going the way of the dodo bird. I don’t seem to have those “no worry” straightaways anymore. There is always something going on. There is always a issue, or some bad thing happening. If it isn’t in my own life, then it’s in my household. If it’s not my household it’s someone else in my inner circle. There is always something. In my case lately.. multiple somethings with varying degrees of bad-ness.

So now I view life as being in a dump truck that is driving around the streets of San Francisco. There are tons of hills to climb. It’s noisy. It’s bumpy. Every so often someone dumps a load of crap in your truck… yet it never dumps out. You just have to keep carrying more and more and more crap as you drive along. It becomes harder and harder to go up those hills… but you know you have to… if nothing else because every time you get to the top you get a brief glimpse of the ocean.

I think Rocky said it better with his “no one hits harder than life” monologue. I still like my dump truck analogy though.

So my current life challenge is to learn how to handle all this weight and still drive up those hills in life. The thing is I know I can do it. But the doing it part still sucks. It isn’t easy. It needs a heck of a lot more effort than just hanging up an inspirational cat poster. 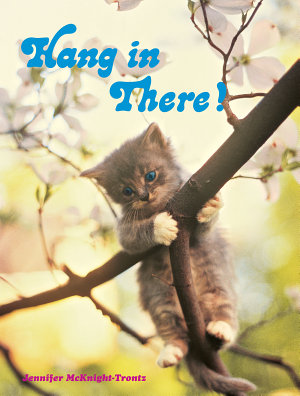 I wish things were simple again.